Play-to-Earn: A Crypto-Based Approach to Gaming

The gaming industry has experienced rapid and exponential growth over the past decades, becoming a dominant force in the entertainment sector. This is something you are probably aware of if you are a gamer but might have missed otherwise. However, crypto’s incursion in the gaming industry is not making the gaming industry’s value more visible than ever.

Having become bigger than the global film and North America’s sports industries combined, it was just a matter of time for crypto to come to gaming. While game-like applications of blockchain and crypto have been around for years, it wasn’t until last year that crypto gaming took the world by storm.

Games like Axie Infinity, Splinterlands, Gods Unchained, and The Sandbox have captured popular culture while helping millions make bank. It is no coincidence that according to the Blockchain Game Alliance, gaming represented more than 20% of all NFT trading volume during the third quarter of 2021 ($2.3 billion).

The reason behind the success of the integration of crypto with these games is simple: Play-to-earn (P2E). This model allows players to earn crypto while playing the games, which rewards them for improving their skills and competing with each other.

While video games have been known for their competitiveness and entertainment value, capitalizing on them has been near to impossible for casual players. Historically, most developers have prevented their players from selling accounts or their assets for real money (real money trading).

As if this was not enough, developers are also in total control of the game ecosystem, including player accounts. This means that at any moment, studios can choose to ban a player’s account or stop supporting the game, rendering in-game assets useless.

This model translates to players not really owning their assets, which makes them feel like they are “renting” them to some degree.

Non-Fungible Tokens (NFT) and cryptocurrency change this reality for gamers. Take Axie Infinity as an example, which allows players to trade their characters and in-game assets by using NFTs. As players also earn crypto (AXS) when playing the game, they can decide to leave the game at any time and sell their assets for cash.

The fact that blockchain can be so easily integrated into video games also makes the industry extremely valuable to the entirety of the crypto ecosystem.

Not only do gamers tend to be more technically proficient than the rest of the population but they also tend to be earlier adopters. For this reason, many experts believe that gaming is the gate to mass adoption. Now that the doors are open, it is just a matter of time until crypto goes mainstream. 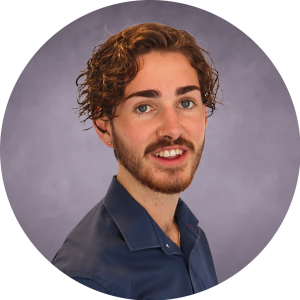