Ethereum is an open-source decentralized blockchain platform that went live in 2015. A layer 1 network such as Ethereum allows decentralized applications to be developed on it. Cardano, popularly referred to as the Ethereum killer, was launched in September 2017. But how do they differ from each other? Are both platforms in a race to outpace the other and which network will emerge as the winner? To answer these questions, let’s take a look at the key differences between Ethereum and Cardano.

Ethereum was founded by Vitalik Buterin, Charles Hoskinson, Gavin Wood et.al, back in 2015. Ethereum was the first layer 1 smart contract platform, built within a comparatively shorter time. In 2017, Hoskinson left his role in Ethereum over disagreements and founded Cardano. Cardano’s development is heavily backed by academic research, making it one of the most peer reviewed blockchain platforms. In contrast, Ethereum has followed the ‘build first, tweak later’ approach.

You do not require a trusted third party to process your blockchain transactions. Ethereum, for instance, uses a consensus mechanism called Proof of Work (PoW), similar to that of Bitcoin. PoW defines the rules for miners for adding valid blocks to the blockchain. The miners validate transactions and earn rewards for their work. PoW, however, is notorious for its high energy consumption.

Cardano is a huge proponent of the Proof of Stake (PoS) mechanism. Ethereum too is in the process of moving from PoW to PoS, because PoS is known to be energy and cost efficient. PoS determines consensus by using the staked value of an asset. Community members can participate by staking their assets in the stake pools. In return, they earn transaction fees as staking rewards. Cardano prides itself on its PoS consensus protocol known as Ouroboros, which is the first protocol developed via peer reviewed research.

The first decentralized finance (DeFi) application was launched in 2017 on Ethereum. By 2020, DeFi became more popular as an alternative to traditional finance. Ethereum benefited from being the first and most comprehensively built network in this period and emerged as the dominant platform for building DeFi applications. While Ethereum was powering DeFi apps, the rally towards DeFi too was boosting Ethereum’s massive adoption. Similarly, the NFT rally in 2021-2022 has also helped Ethereum to gain further traction from new users.

Cardano, on the other hand, has been in the development phase since 2017. Cardano launched their smart contracts only in September 2021, four years since its inception. A number of projects are being built on the Cardano ecosystem, including decentralized exchanges, DeFi apps and wallets. The projects built on Cardano benefit from its wealth of research and its low transaction fees compared to Ethereum’s skyrocketing gas fees.

Ethereum and Cardano are commonly known as rivals. But reducing the platforms’ development and growth to mere competition against each other is not always a fair narrative. While it may be still too early to evaluate Cardano’s ecosystem and applications built on it, both Ethereum and Cardano have massively contributed to the mainstream adoption and academic discourse on layer 1 blockchain technology. We could hope the competition between Ethereum and Cardano will incentivize them to come up with upgrades to become more efficient in processing transactions. 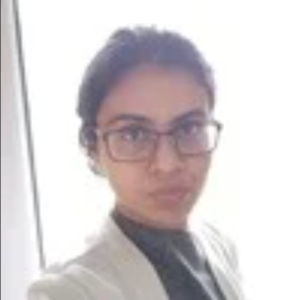